If you’re like I was a few years ago, you’d only had glancing contact with wakebait fishing, tending to opt for crankbaits in topwater fishing conditions.

I’ve since had a change of heart. Wakebait fishing makes for fun topwater fishing that can lead to big strikes.

If you want to use wakebait fishing successfully, you need the right baits. Let’s get fishing!

Before you set out into exploring the many wakebait options on the market, it’s helpful to know what you’re looking for.

A wakebait is a topwater lure that wobbles from side to side as it’s reeled in. This wobbling causes the wake just as you’d see come off the back of a boat. 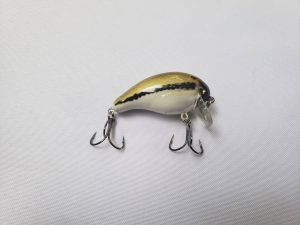 This wake looks completely natural to bass, and pros widely cite wakebaits as some of their favorite lures.

The wakebait swims slowly across the surface of the water. Wake baits can come with a nice, loud rattle that can bring basses to the surface, or they can come silent, leaving only the wake to attract the attention of bass.

Typically you should use a wakebait without a rattle in clear conditions, because there’s something a little more natural about the wakebait swimming on its own. When conditions are choppier though, a rattle can help attract bass.

Although wakebaits are somewhat new in the world of fishing, the quality of wakebait coming out today led Rapala brands to suggest that the best wakebait is the best bait, period.

Wake baits can come in a variety of different colors and shades, including bully, bluegill, sexy shad, oyster, natural shad, and more.

Depending on the conditions, the color of wakebait you use will have a big influence on the bass you’re able to catch. In lower light conditions, in shade or when it’s very cloudy, brightly colored baits tend to be more successful.

Natural colors tend to be better in bright light. This could be because in bright light the colored baits just seem too artificial to bass, who tend to pass them by in these conditions.

When to Fish a Wakebait

Because wakebaits move slowly across the water, use them best when fish are active enough to get out to topwater, but not so active that they’ll be chasing faster-moving lures.

In addition, when there’s some submerged ground cover (like hydrilla) that doesn’t reach the surface, wakebaits can be incredibly effective.

You have to be careful using this technique, though, because the two treble hooks typically found on wakebaits can gather some suspicious-looking tagalongs from the weeds below.

John Murray, an MLF pro from Tennessee, believes that in some parts of the country the post-spawn period is the ideal time to fish a bass with a wakebait.

Why a Wakebait Over Other Lure Types

The key difference between a wakebait and other competing lures lies in the V-shaped wake that a wakebait leaves behind.

Swimming as close to the surface as it does, with the wobbling action that creates a wake, a wakebait excites bass at times when other lures just won’t do.

John Murray, the Tennessee pro with an affinity for wakebait fishing, claims that bass simply don’t seem to recognize a wakebait as quickly as they do other kinds of bait.

Perhaps the reason bass take longer to recognize a wakebait is related to the fact that baitfish have a natural escape instinct to head towards the surface of the water.

Pairing Wakebaits With Other Gear

You’ve got an overcast day, slightly windy conditions, and you’re looking for bass. Maybe it’s time to use a wakebait? It begs the question, though: what gear should you pair with the wakebait?

As the fish you want to catch are trophy bass, a baitcasting rod is best. The big fish, as they struggle on the line, won’t pull the eyelets off, unlike with a spinning rod. MLF professional Kerin VanDam suggests using the same setup as you would use for crankbait fishing as for wakebait fishing.

Whatever your specific rod, generally speaking, you want a rod that is seven feet long or longer with fast action.

As far as power goes, you don’t want to be going with any rod lighter than a medium.

Scott Suggs suggests using a baitcasting real with a medium-heavy rod. The retrieve speed needs to be very low. Dave Lefebre tells us, “the slower you can reel that thing in, the better”.

Van Dam even goes as far as to say the reel doesn’t matter, just so long as you can reel in your wakebait as slowly as possible. 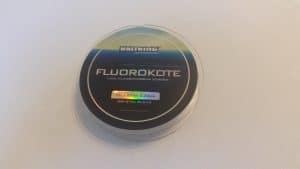 That said, however, some wakebait fishers swear by microfilament. Scott Suggs says that he uses a microfilament line, but that he has plenty of friends who use a braided line.

The key above all, he says, is that the line floats. At the same time, you want the line to absorb some of the shock when a big bass chomps on.

There are plenty of waking crankbaits out there in the world that imitate wakebaits nicely, but the Berkley Wakebull is a pure wakebait.

This means the Berkley Wakebull rides that line between air and water perfectly, creating a brilliant wake and causing the bass to flock.

The uniquely designed bill on the Wakebull gives the bait an insane rolling action as it comes back to you, creating a wake that drives bass crazy.

This bill also means that the Wakebull can be fished at any speed, either very slow or very fast, without blowing out. Sometimes, when the slow approach isn’t working, I like to try a snap-pause-float approach, which works really well with the Wakebull.

The Berkeley Wakebull is a wakebait that rattles. If you want a wakebait with that feature, it’s hard to find a higher-quality one than that possessed by the Wakebull. A small internal single-sound chamber creates a dull knocking sound as the Wakebull oscillates side to side.

Yo-Zuri is a company that is very well-reputed for high-quality baits, and the 3DR does not disappoint. The highly realistic design of the 3DR combines the best elements of the well-respected 3DS and 3DB series.

The R in 3DR stands for Real. The beautiful 3D prism finish on the Yo-Zuri 3DR has a translucent look that imitates the scale pattern on baitfish perfectly.

The prism foil inside the body allows you to get more bites from more fish without damaging the look of your bait. In terms of long-term use, it’s my personal opinion that the Yo-Zuri 3DR is the best buy.

With the 3D prism finish, I use the Yo-Zuri in clear water conditions. With a variety of different color options, you can topwater fish throughout the season.

When bass are out hunting crawfish, for example, the 3DR series has natural-looking red and green baits that look natural out in the water.

Although the 6th Sense Wakebait is quite small (3.1 inches long), it creates a mighty wake. This wakebait does so much work on its own, even a rank beginner could take home a trophy-size bass with just the simple method of cast and retrieve.

In addition, the built-in sound chamber creates a nice loud rattling noise that seems to rouse the bass into aggressive anger, drawing a strike.

This wakebait is best in choppier waters when the light is low. The loud rattling of the 6th Sense Wakebait makes it stand out when the wake it creates might not be enough to seduce your bass.

In addition, the bright color schemes on the 6th Sense are such that in clear conditions, the bait doesn’t fool the bass.

The Waking Minnow by Rapala is an absolute treat to use. It’s made in such a way that it kicks back and forth almost 180 degrees during retrieval. A pure wakebait with very little forward travel, the Waking Minnow is always in the strike zone.

One of the most incredible things about the Waking Minnow’s design is its unique way of acting completely natural to bass.

In addition to the amazing 3D design that looks lifelike in the water, the special bill on the Waking Minnow allows you to do things with it that you simply can’t with other wakebait.

If you apply a sharp snap with very generous slack on the line, for example, the Waking Minnow will turn around, creating a realism that helps draw bass near.

I also like the natural coloring on the Waking Minnow. In situations where the lighting is too bright to go for an especially colorful wakebait, I find the Rapala Waking Minnow to be just what the doctor ordered.

With its incredible wake, the best strategy for using the Waking Minnow is casting far and retrieving as slowly as you possibly can. You don’t want to rush this one: let the Waking Minnow do its work and the bass will come straight to you!

The last item on our list, from the brilliant minds at Arashi, is the Storm Arashi Wake. Although this bait is technically a topwater crankbait, it works so well that I think it deserves a mention here.

If I want a lot of surface motion and bait that can draw strikes from a long distance, I love using the Arashi Wake.

If you’re familiar with Arashi’s other products, you may note that the Arashi Wake looks quite similar in shape to the Arashi Square. What’s the difference? With this model, Arashi has widened the back, making the wobbling motion much more pronounced.

A unique design for the Arashi Wake also means that this bait can travel at any speed. Small grooves under the tail of the bait keep it balanced so it won’t blow out even when traveling at high speeds.

One of my favorite techniques with this bait is to throw it against the side of some structure floating in the water and quickly retrieve my bait. This action brings out the bass in spades.