Spooling a baitcaster fishing reel correctly is important to prevent line twists and maintenance issues down the line. Fortunately learning to spool a reel is a simple and straightforward process that only takes a few minutes.

What You’ll Need to Do Before You Start

Figure out the Following:

While the concept of spooling a reel is effectively the same across every type of reel, there are a few minor differences in the approach.

If you have a baitcaster reel, you’ll need to feed the line through the line guide (tiny hole in the front of the reel) before you tie the line around the reel spool.

If you have a spinning reel, you’ll need to be sure you have the line on the correct side of the bail. The easiest way to do this is to open the bail before you tie the line around the spool. Check out our instructions for how to spool a spinning rod here.

It’s a super simple knot consisting of only two overhand knots. The hardest part is that you’ll need to tighten the inside knot slow enough to allow the line to slip while tightening enough to get some friction. 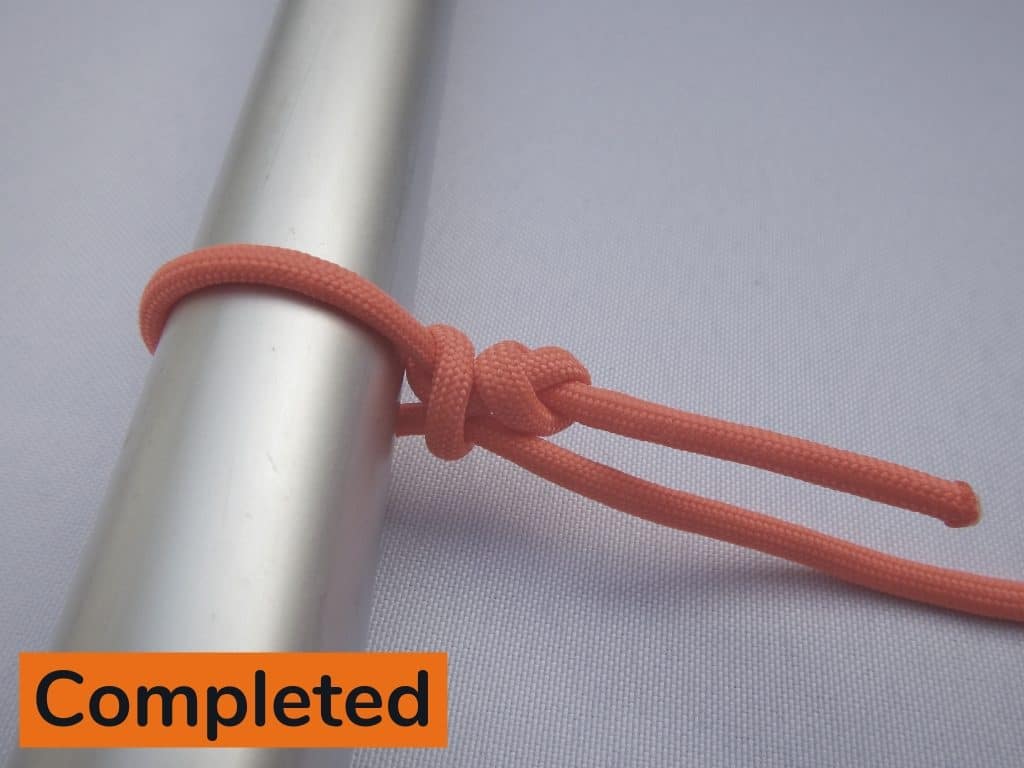 The single most important thing you can do when spooling a reel is to maintain tension while reeling in the new line. Doing this incorrectly will lead to loose loops around your spool which can cause several major problems.

The first issue is that you’ll get inconsistent casts as you’re reel will try to unravel at different speeds as the lure flies through the air. You’ll lose control of how far you can cast and end up with some “jerkiness” to you cast which results in a loss of accuracy. And to make matters worse baitcaster, this opens you up to a birds nest which is a major pain to deal with.

The second major issue is that if your loose loop is below several layers of fishing line, you can get some binding or kinks in the line which can weaken your line and make it prone to breaking. This can cost you fish and lures.

Step 1: Get your Line Located Correctly

On a baitcaster reel, feed this through the line guide. You’ll want to do this before and not after to let the reel evenly distribute the line. You could theoretically do this manually, but it would be extremely time intensive and difficult.

Step 2: Loop the Line around the Reel Spool

On a baitcaster, this can honestly be the hardest part on a baitcaster. If your reel has holes in the spool, you can thread the line through the holes and give the handle a quick twist to get the line all the way around spool.

If you don’t have holes, you’ll need to work at it to get the line around it completely.

With a baitcaster, you’ll want the new spool of line to feed directly onto the reel. You can do this by pushing something through the center of the reel and holding it upright. This can be as simple as a pencil through the center. Have someone hold the pencil on each side of the spool to allow the line to come off the spool straight.

Step 3: Tie an Arbor Knot around the Spool

There are two overhand knots to tie here. It’s very simple, just be careful that you tighten the knots enough to generate the friction needed to get the spooling started. If it’s too loose, you’ll know soon enough. 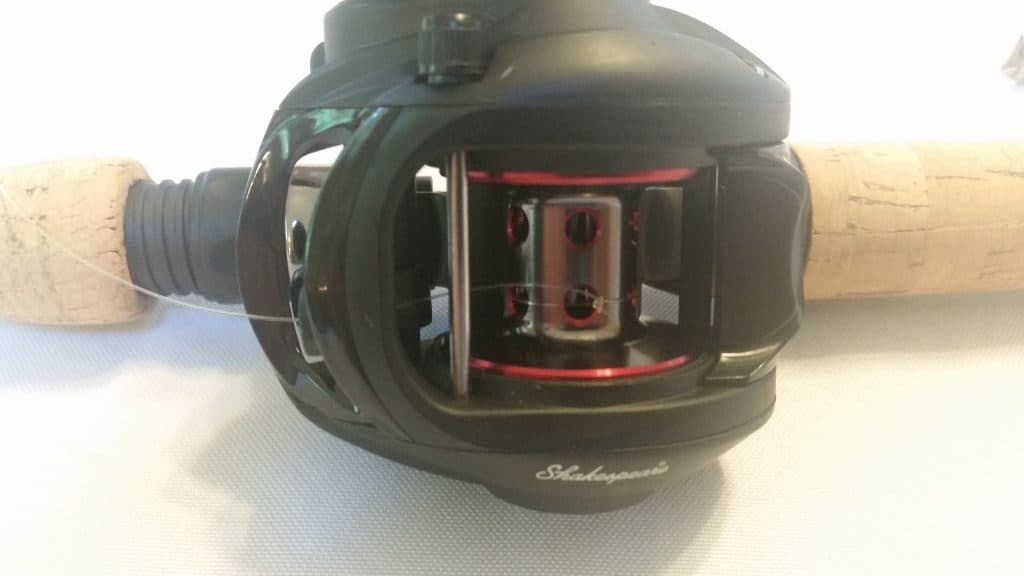 Step 4: Pinch the Line to Maintain Tension as You Reel

You need to maintain tension to ensure your reel spools correctly. Pinch the line just in front of the reel and start reeling. You’ll need to pinch enough to keep the line tight, but not so tight that you can’t reel it in. Be extra careful here with monofilament and fluorocarbon line as they stretch under tension. You want only to keep the stretch to a minimum while keeping it tight enough to prevent loose loops. 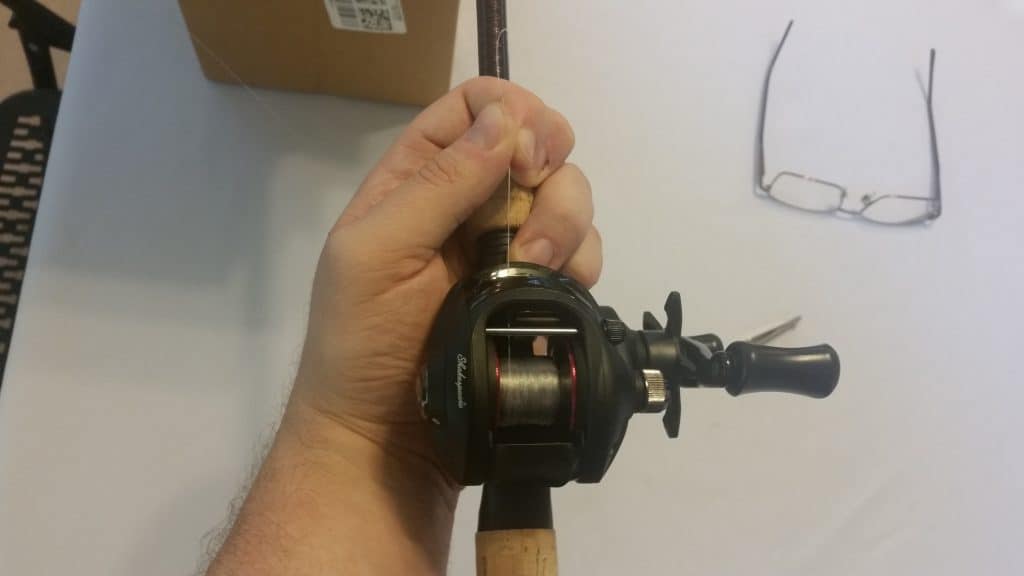 Step 5: Reel the Line in

While maintaining tension, reel the line in until there’s about ⅛” between the line and the outside of the spool. This is what most manufacturer’s consider “full”. 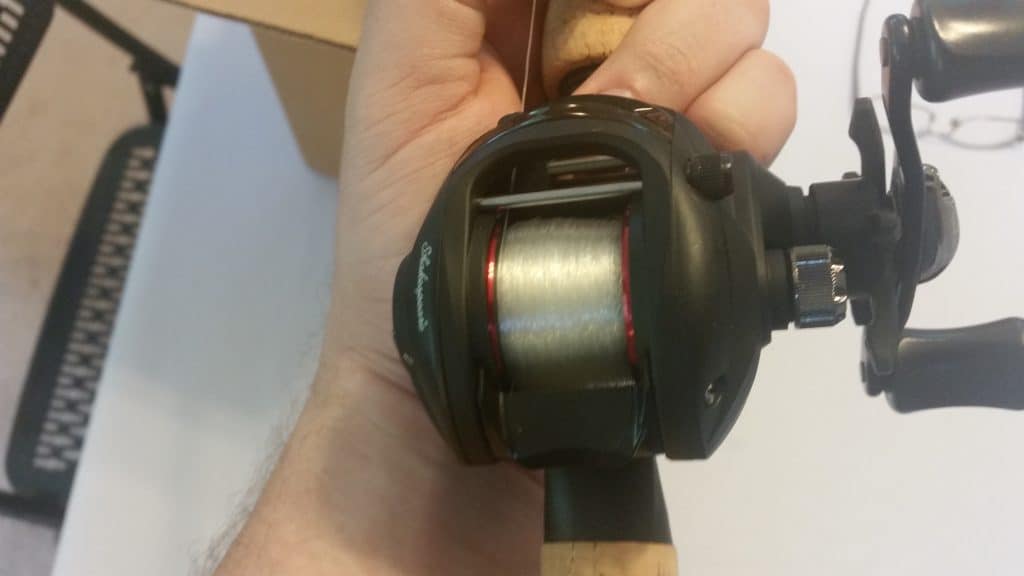 Step 6: Feed the Line Through the Rod Guides

Run the line through the guides and give yourself several feet of extra line beyond the last guide at the tip.

Step 7: Tie off a Lure or Hook to the End of the Line

The whole purpose of this step is to maintain a little bit of tension on the line while preventing the line from backing up on the reel. I like to tie off a small hook. It’s something that will do the job well and won’t tie up one of my lures that I might want to use on another rod.

Should I string the line through all the guides before or after?

It really doesn’t matter, but I’ve found it easier to do it after since you have a bit more control over the line as you reel it in. It’s a bit difficult to deal with the line when its run the entire length of the reel. But if you want to do it before, you certainly can.

Why have I read about keeping the spool of line face up?

I have some loose spots on my reel. What do I do?

If they are close to the surface, you might be able to just pull it. If it’s deeper, you’ll need to unravel it past the loose spot and re-reel it using adequate tension.

How can I prevent line twist when spooling new line?

The method above works well to prevent twisting. If you’ve already got a twist in your line, you’ll need to figure out which direction the twist is going then flip the line spool to straighten it out.

How much line do I put on?

Most reels will list how much line of each test pound that they can hold. However, it’s almost impossible to accurately figure out how much a hypothetical 150 yards out of a 600 yard spool looks like. 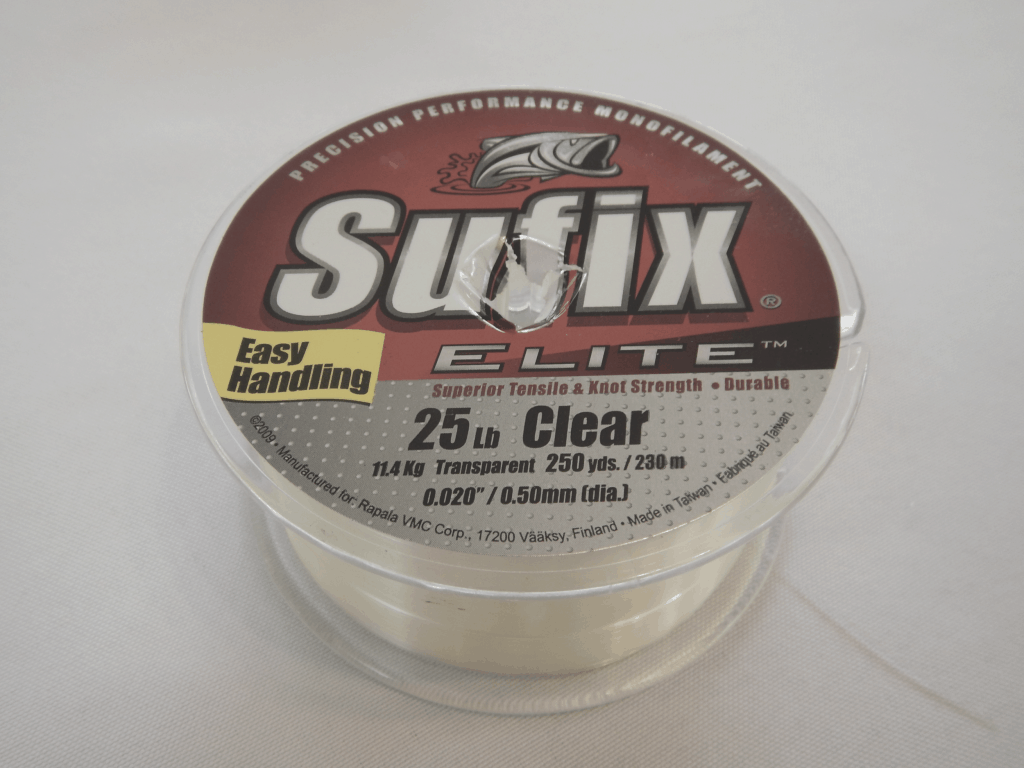 My reel spool has holes in it. Can I run my line through them?

Some people do this and don’t have any issue. I have a (mostly unfounded) paranoia about potential kinks or sharp angles in my line so I always wrap it entirely around the spool. You can honestly do it either way. 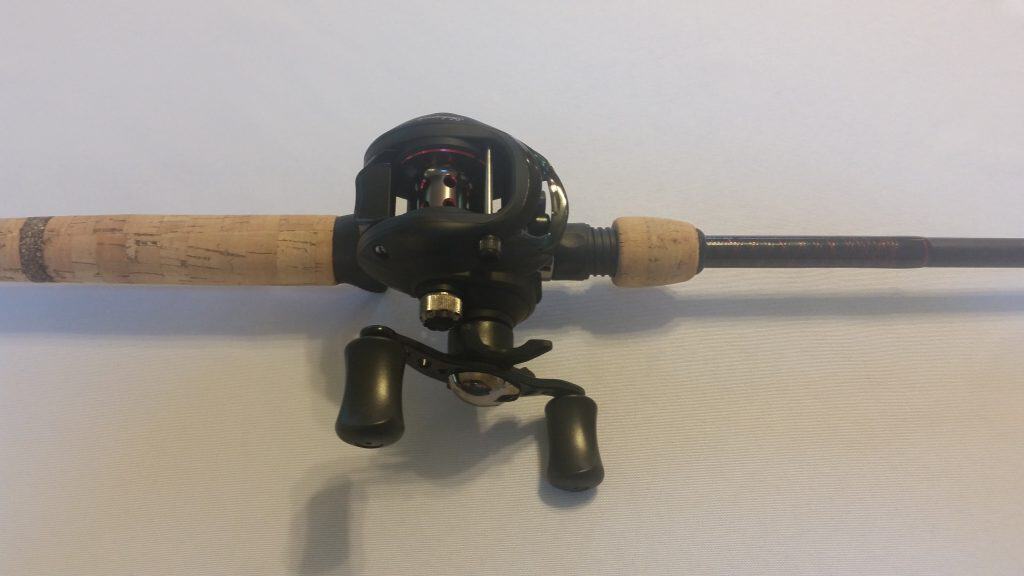 Can you overfill or underfill your spool?

Yes. You can do both actually.

Overfilling a reel can cause casting issues or even abrasion between the line and parts of the reel. Some line also absorbs water and overfilling can hold that water in the line and make it weaker.

Underfilling forces the reel to spin faster to do the same amount of work as a full reel. This can cause additional friction which can cost you distance when casting

How do I prevent braided line from slipping?

Braided line tends to be smoother than mono or fluoro so there is less friction. This can create an issue when you try to initially get the line started when you reel. It can slip and slip and you’ll never get it actually spooled.

This can be solved by using a short backing line of mono or fluoro that’s a couple feet long. Some people will even take this out to about 1/3 of their spools depth. This will be the line that gets the line started on the reel. From there you can tie a knot that splices the backing line to the braid. We recommend using a double uni knot for its strength and simplicity.